Choqok 0.6 codenamed “Strawberry” released, And is ready to use. 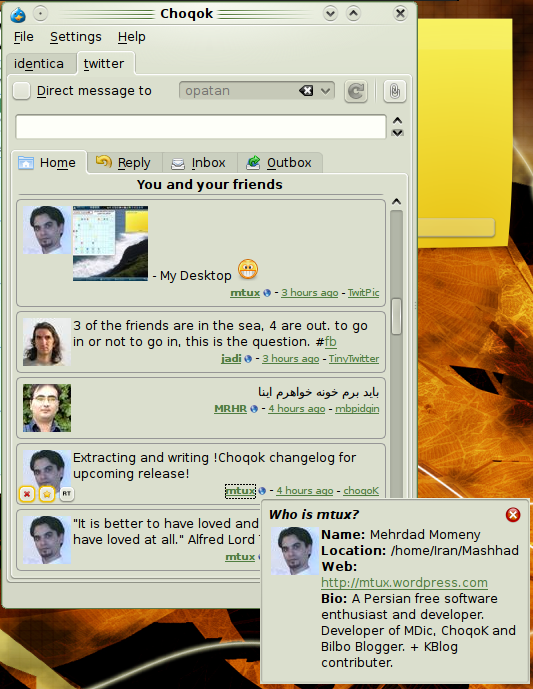 Major improvements about new version is improved image caching backend, Prevent it to show an status more than once, And better support of showing right to left messages for all users. That fixes many bugs around them.

Changes on this release:

group on Identi.ca and be in touch with me and other users.

Some other Choqok related news: